The purpose of the Rosalia Gonzales Award is to encourage and recognize an undergraduate or graduate student for their outstanding contributions to the Florida State University community related to sharing and upholding the principles and ideals of the Latinx culture.

While this recognition is a tremendous honor, it also carries a $500 award for the recipient. 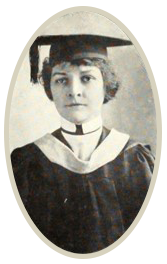 Based on a review of our Florida State University Yearbooks from 1900 to 2008, Rosalia Gonzales is the first Latina graduate to appear in cap and gown in 1921. Based on this same document review, Rosalia was engaged and active both academically and socially on campus. She represents a tradition of scholarly excellence and social involvement on our campus. Through this award, we intend to link the Latinx students of yesterday who paved the brick path for our Latinx students today who continue more than a century of academic achievement and social engagement.

All nominations must be submitted by Sept. 25.